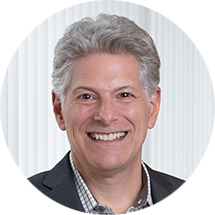 David Byer is an experienced government affairs and business executive focusing on education, workforce development, and technology. David led Worldwide Education Advocacy at Apple where he guided the company’s involvement in education and workforce policy and managed top-level relationships and programs with education, industry, and policy leaders.

Prior to Apple, David was appointed by Congress as executive director of the U.S. Web-Based Education Commission, and earlier he served as vice president of government affairs for the Software and Information Industry Association. He also held advocacy positions with the American Society for Training and Development, the National School Boards Association, and the National Association of College and University Business Officers. He began his career as an assistant to U.S. Senator Claiborne Pell of Rhode Island.

David is a founder and former board member of the National Coalition for Technology in Education and Training (NCTET) and served on the boards of the International Society for Technology in Education (ISTE), the National School Boards Association Foundation, the Association of Career and Technical Education Foundation, and Partnership for 21st Century Skills (P21). He chaired ISTE’s Public Policy Committee, P21’s National Policy Task Force, and the National Governors Association STEM Task Force. David was the inaugural recipient of NCTET’s Founders Award in 2017 and was named the Consortium for School Networking Private Sector Champion in 2005. In 2022, he received SIIA’s Education Technology Lifetime Achievement Award.