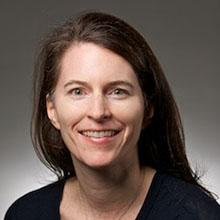 In close collaboration with the Corporation for Public Broadcasting, Shelley leads the research program for Ready To Learn, the U.S. Department of Education’s signature investment in PBS KIDS. She also is the editor of Getting Ready to Learn: Creating Effective, Educational Children’s Media and is regularly quoted in news outlets, including the BBC, Washington Post, Axios, the Christian Science Monitor, EdWeek, and the Wall Street Journal MarketWatch.

In 2019, Shelley co-authored Integrating Technology into Early Learning: Promising Practices and Checklist with support from the Bill & Melinda Gates Foundation and widely distributed by the National Association for the Education of Young Children. She has served on advisory boards, including Apple ConnectEd, the Joan Ganz Cooney Center, and Global Action Project.

Shelley’s career began at the Center for Media Education, during which time, she testified before the Federal Communications Commission and the Federal Trade Commission on children’s media policy. She holds an MA from the University of Maryland, College Park.