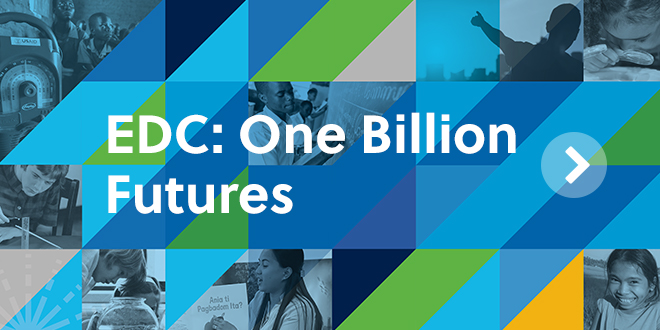 EDC’s founding in 1958 by university scholars and researchers coincided with a growing national investment in the education sector. Since that time, EDC has been a vital force in bridging research, policy, and practice in the following ways:

As scholar and educator Jerome Bruner noted, EDC started off like so much does in the United States—in response to an unmet need. The Cold War and the emergence of the Russian space program in the late 1950s stoked U.S. concerns about a glaring national weakness in math and science.

In response, EDC founder Jerrold Zacharias, an eminent physics professor at the Massachusetts Institute of Technology, brought together some of the nation’s top scientists, teachers, and technical specialists to develop a new high school physics curriculum, PSSC Physics. This curriculum, funded by the National Science Foundation, focused on science as the product of experiment and theory, constructed by real people. EDC introduced it successfully in schools across the country and eventually in many parts of the world.

In the decades that followed, EDC’s work—the landmark curricula Man: A Course of Study and the African Primary Science Program—expanded to include projects addressing many of the major education, health, and social challenges facing our world. We have worked in 80 countries around the world and in all 50 U.S. states. Learn more about our areas of expertise, our many services, and our innovative resources. 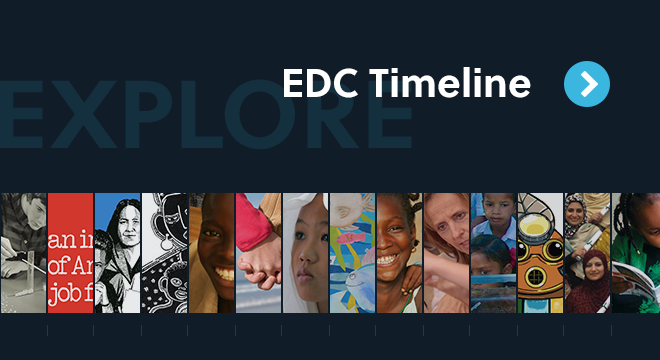