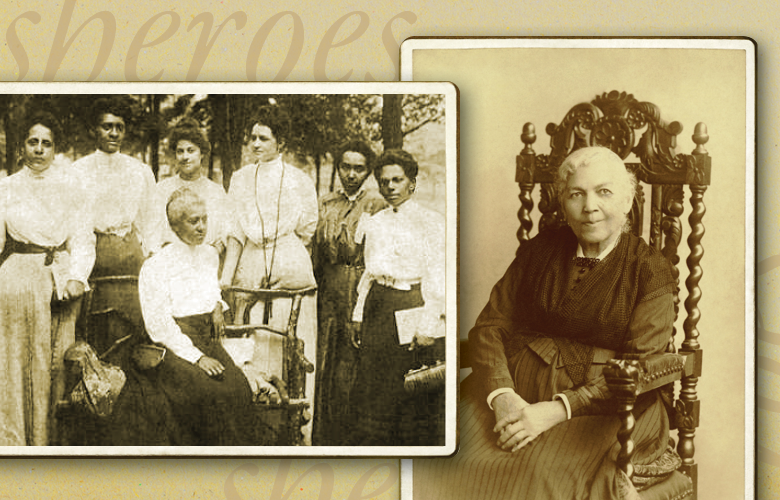 Who are my sheroes?1 I have so many that it is hard to choose.

I’ve been a champion for gender equity my entire life, starting when I was five, and my neighbor and bestie, Ricky Nissley, told me that all fathers wanted sons, not daughters. I checked with my dad, and he said he loved having daughters and that girls could do anything boys could do.

Although I learned about the Civil Rights Movement from my parents and from Life Magazine and television, it was remote from my daily life in affluent White suburbs in the Northeast. My family believed strongly that racism was unjust, but we didn’t do anything about it. But gender inequity was part of my life, and something I set out to change.

For most of my life, my sheroes were all White women, including the famous women’s suffragists, Susan B. Anthony and Elizabeth Cady Stanton. But thanks to Black women scholars, I have learned about Black suffragists and civil rights activists who played a crucial role in the passage of the Nineteenth Amendment, including Ida B. Wells, Fannie Lou Hamer, and Mary Church Terrell. Then I learned of the racism of Anthony and Stanton, and that racism pervaded the White women’s suffrage movement. It was shocking to me and made them no longer sheroes in my eyes.

As I have learned more about the history of my home city of Cambridge over the past 10 years, I have many more sheroes from my city to admire, including these two women who had a major impact on our society:

So you can imagine my delight when as a citizen journalist for the Cambridge Community Television, I was able to cover a street renaming ceremony in honor of Ms. Jacobs and Ms. Wright Morgan. Many of Ms. Wright Morgan’s descendants attended, including Dr. James Spencer, one of the founders of the Cambridge Black History Project. Dr. Spencer spoke of the importance of this honor and the acknowledgement of his aunt’s major contributions to Black empowerment, especially as, until recently, Morgan’s husband received most of the credit. It was a moving experience for me to meet Dr. Spencer and hear the family’s perspective.

Who are your sheroes? Someone you know, learned about, or wish you could meet?

Replying to:
Sue Foley
March 11, 2022
This article really inspired me. Thank you for enlightening us on sheroes and sharing some important resources!
Replying to:
Siobhan Bredin
March 11, 2022
Thank you, Sue! with others. I am glad you found this piece inspiring! I appreciate ongoing opportunities to keep learning, elevating sheroes, and sharing with others.
Replying to:
Alice Bredin
March 20, 2022
Thanks for writing in a way that pulls us into your piece. By sharing your experience and your pathway through learning about these amazing Sheroes you make me think about opening my eyes as wide as possible in my day to day life to find out about all of the amazing people who have contributed to important endeavors. Thank you!