Suicide Prevention in the U.S.—The Journey 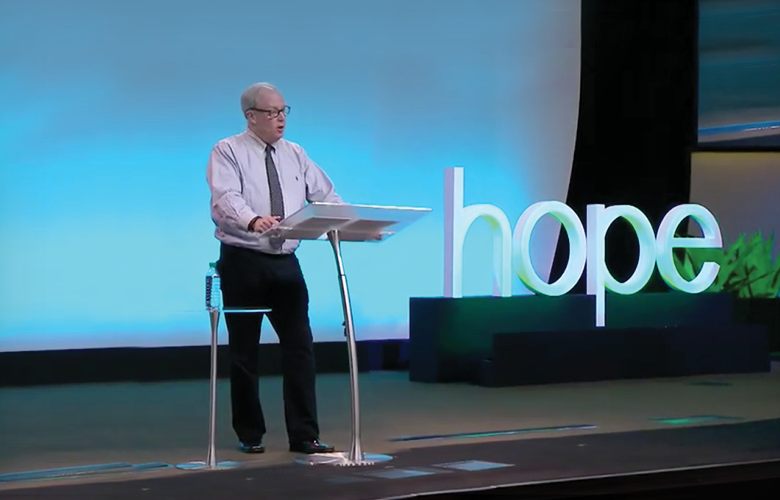 “The journey of a thousand miles begins with one step.” – Lao-Tzu

In 1996, I began my career in suicide prevention. I was working on the team of U.S. Senator Harry Reid, and my task was to prepare for a hearing on mental health and the elderly. That day Mike Wallace, the famed journalist from 60 Minutes, was a witness and shared his own mental health struggles. Next, Senator Reid shared that he himself had lost his own dad to suicide many years earlier. Then the senator turned to the chairman of the U.S. Senate Special Committee on Aging and said, “Let’s do something about this issue.”

Shortly thereafter, Senator Reid introduced a resolution declaring suicide to be a national problem, warranting a national solution, and calling for the development of a national strategy for suicide prevention. In my view, it was at that moment that suicide became a public policy issue worthy of public attention, and I was honored to be a small part of that beginning and much of what was to come.

We also now have recommendations for media reporting, clinical care, infrastructure, and postvention. We have the revised 2012 National Strategy for Suicide Prevention and a recently issued call to action released by the Surgeon General of the United States. In July 2022, we will have a 3-digit crisis response number—988—similar to our 911 system. Lastly, we have the National Action Alliance for Suicide Prevention, a public-private collaboration engaging over 250 partners to advance the objectives in our national strategy.

Additionally, our nation has made significant investment in the prevention of suicide for our veterans and our military members, and we are turning our attention to those communities at heightened risk for suicidal behavior, such as Two Spirit and LGBTQ populations, Indigenous people, people of color, and youth. In short, suicide and its prevention are no longer topics cloaked in a veil of secrecy.

Early on, some were saying that if you don’t talk about suicide, you can’t address suicide. However, although we were talking about suicide, we were not discussing the prevention and intervention of suicide in a manner commensurate with the emotional, familial, financial, and societal consequences of suicide. What if we had not talked about HIV/AIDS, motor vehicle accidents, the dangers of smoking, drug and alcohol misuse, polio, or most recently COVID-19. Would we have invested in prevention, early intervention, and the development of treatments, cessation efforts, vaccines, or safety measures to address these very real challenges? Very likely not.

While our journey is far from over, we are now talking about the preventability of suicide and not the inevitability of suicide. We know prevention works. We know treatments are available and effective. We know that focusing on the promotion of protection as much as the reduction of risk is key. And we also know that suicide is a public health problem as well as a mental health problem —and that lives can be saved through our collective efforts.

Replying to:
Richard Ramsay
September 11, 2021
Wonderful to read. Senator Reid’s story, your work with him, and all that has progressed with you at the helm of a lot of it since needs retelling at every chance. The journey must continue. The pathways are leading to steady progress and new ways forward.
Replying to:
Jerry Reed
September 13, 2021
Richard, So nice of you to comment. You have been an integral part of this story from the beginning. As I will retire on 9/30/21, it was important for me to tell this story once again so all in our field can appreciate the beginning and middle of the story and take an active role in shaping the next chapters. There is still much to do. Thanks so much for all you have brought to this important conversation over the years.
Replying to:
Sandy Goodwick
September 13, 2021
My grandfather died by suicide in 1948. His death changed his family, including my father who was days from becoming a first-time father. My father died by suicide in 1976. A dear friend died of suicide in 1998. The pain from all the suicides before 1he ‘journey’ started still exists in the sinew of the children, grandchildren, great-grandchildren… the friends… the memories are etched.
Replying to:
Jerry Reed
September 13, 2021
Dear Sandy, I am so sorry for your losses. Your story is living proof that our work is far from complete and remaining mindful of those we have lost in addition to those left behind is of critical importance. Suicide sadly has a ripple effect on loved once similar to a pebble thrown into a pond. I believe firmly that while we cannot change the past, we can change the future. Thanks for your note. Sending you well wishes of comfort and peace.
Replying to:
Trena Anastasia
September 26, 2021
I see a future, enabled by these amazing humans who had a vision for preventing the loss incurred by those who love deeply, those individuals whose experience with thoughts of suicide is real, tangible, and all consuming. I believe, this love will overcome the pain and empower life and living. I see a world where we not only reduce and prevent suicide, but we support living fully with thoughts of suicide. I see a future where 988 is known by all, and we are all proud to list suicide intervention training on our resumes next to CPR or First Aid. I see a future where the condition of suicide is discussed as a treatable illness where there is no blame, no guilt, only hope, honor, and respect for those fighting to live fully with the condition. This vision is fueled by the many men and women whose tireless efforts have brought us this far. Thank you for reminding us of how far we have come, and encouraging us to keep moving forward with strength and resolve to not only save lives, but empower living.
Replying to:
Jerry Reed
September 30, 2021
Trena - I see the same world you speak of. I have no doubt that that day will come. As Ghandi once said "Be the change you wish to see in the world." One day, wherever we hurt, we will apply what we know and promote recovery and living well. That includes health of mind, body or spirit. Thanks for your post and your passion for hope.
Replying to:
Paul Hofmann
September 30, 2021
Jerry, it has been such a privilege to support your remarkable contribution to suicide prevention. The description of your journey is predictably inspiring and hopeful. You have recruited a truly talented team which certainly shares your passion and dedication to building on your impressive legacy. I join your countless friends and colleagues in wishing you health and happiness in your well-earned retirement.
Replying to:
Jerry Reed
October 1, 2021
Thank you Paul. You have been a wonderful Trustee for EDC and a friend and colleague in our health care work to include our efforts in suicide prevention. I cannot thank you enough for your years of support. I look forward to continuing with this important work.
Replying to:
Anne L Bryant
October 5, 2021
Jerry, you will be sorely missed and your journey is an extraordinary one. The most important part of that Journey was the effort you made to create strong teams at each of the organizations you served. We at EDC are proud of you.
Replying to:
Jerry Reed
October 10, 2021
Anne, I am so grateful for the opportunity to advance this work under the banner of EDC. I always felt supported, respected and encouraged. I was fortunate to have an amazing group of individuals to work with. I so appreciate your personal involvement in our work as a member of the Board of Trustees. I hope you know that your support provided inspiration and passion that kept our engines running. Thank you so much.