A champion of inclusion for students with disabilities

David Riley, a fierce advocate for inclusive education who spent most of his career at EDC, passed away on May 2 after a year-long battle with cancer. He was 71. 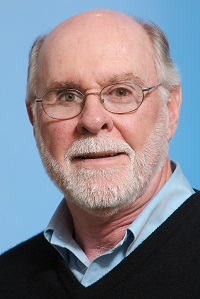 Riley worked tirelessly to create real opportunity for all children, especially those with disabilities. When he joined EDC more than 20 years ago, he brought with him a powerful vision: to create a collaborative of special education directors who would improve policies and practices regarding students with disabilities. His energy, tenacity, and know-how turned that vision into a thriving community—the Urban Special Education Leadership Collaborative—now in its 22nd year at EDC.

Riley spent decades working to improve the quality and equity of urban education. He specialized in engaging diverse groups in efforts to close opportunity gaps and ensure positive outcomes for students with disabilities, English learners, and members of other underrepresented groups.

“David’s ability to stay the course despite the obstacles in achieving equity has truly been an inspiration to all of us,” said EDC Vice President Joanne Brady, who worked with Riley. “In addition to David’s extraordinary professional commitments, he was a caring and generous human being. We at EDC have been so privileged to have had him as a colleague and friend. He will be deeply missed.”

Over the past 30 years, Riley served as a consultant to local school districts and state and federal agencies charged with overseeing compliance with laws and regulations related to the education of children and youth with disabilities. He contributed to and led numerous national, state, and district initiatives that have improved opportunities for children with special needs across the country.

Riley served in a leadership position on a number of federally funded initiatives, including the National Institute for Urban School Improvement, the National Center for Culturally Responsive Educational Systems, the Education Policy Reform Research Institute, and the National Dropout Prevention Center for Students with Disabilities. For 16 years, he was educational co-chair of the Summer Institute on Critical Issues in Urban Special Education at the Harvard Graduate School of Education.

A wake will be held on Thursday, May 5, from 4 to 8 p.m., at Lawler and Crosby Funeral Home in West Roxbury, MA. A funeral Mass is planned for Friday, May 6, at 10 a.m., at St. Thomas Aquinas Church in Jamaica Plain.

Read remembrances of David Riley by some of his colleagues.