WALTHAM, MASS | EDC Distinguished Scholar Al Cuoco was recently honored by the Mathematical Association of America, the world’s largest community of mathematicians, which presented him with its prestigious Mary P. Dolciani Award. 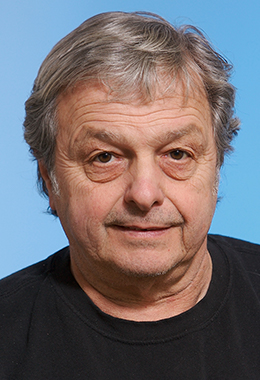 The award recognizes a mathematician who is making a significant contribution to the mathematical education of K–16 students in the United States or Canada. Cuoco was commended for “the highly original and highly mathematical nature of these contributions to mathematics education and the national stature of his programs.” The award comes with a monetary prize of $5,000.

A former high school teacher, Cuoco develops classroom curricula and teacher professional development programs that focus on mathematical habits of mind. His most recent work at EDC includes the following:

“Al Cuoco has contributed so much, not only to the field of mathematics, but also to EDC and his colleagues,” said EDC President and CEO David Offensend. “He is a valued mentor, and he continues to advocate for the highest quality mathematics instruction. We at EDC are so lucky to count him as one of our own.”

Cuoco serves on the board of directors for Math for America–Boston, as well as on the advisory board for the Mathematics Department at the University of Massachusetts, Lowell. He holds a PhD in mathematics from Brandeis University.

Education Development Center (EDC) is a global nonprofit that advances lasting solutions to improve education, promote health, and expand economic opportunity. Since 1958, we have been a leader in designing, implementing, and evaluating powerful and innovative programs in more than 80 countries around the world.