Donor-funded international development projects all want to have the greatest impact for the least amount of investment. And for economic programs in particular, this goal has fueled a debate: do individuals in emerging economies benefit more from workforce education programs, which help them learn marketable skills, or from direct cash transfers, which put money directly into their pockets? 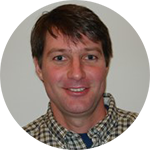 A new study tries to measure the monetary value of workforce development training in Rwanda, where EDC’s USAID Huguka Dukore Akazi Kanoze (HDAK) program has been operating since 2016. The results shed some light on the debate between direct cash transfers and employment programming. In the following interview, EDC’s Tim Haskell, project director for HDAK, makes sense of the results.

Q. Let’s talk about the study. What was it measuring?

Haskell: Put simply, the study is part of a research project that is comparing the economic impact of workforce development training against cash transfers for youth in Rwanda. The full research is being conducted over 36 months, and this study examines the first 18 months. The independent evaluators established five different study groups: one participated in EDC’s USAID HDAK program for a year; two received different amounts of cash; one received cash and participated in HDAK; and one was a control group. A total of 1,848 youth are participating.

Q. What did this study find?

Haskell: On the workforce development side, the study shows that the interventions really impacted youth’s behavior in a positive way. Even though we didn’t give them any cash, youth in the HDAK cohort increased their productive assets. They also saved twice as much money as youth in the control group. That is significant, because it shows that youth were able to internalize the lessons about how to spend, how to save, and how to budget. They also demonstrated better business knowledge skills. So even after only 18 months, we are seeing changes in what youth know and also in what they do.

Q. Why did that surprise you?

Haskell: We thought that youth who received cash and training would have all the tools they needed to do better than the other groups.

Q. Do you have any explanation for why this group didn’t fare better?

Haskell: Everybody needs capital, but not everybody knows what to do with it. And in this study, the cash grants were unconditional—youth did not have to use it on building their own enterprise. Even though HDAK addresses some of the cash challenges faced by entrepreneurs, this intervention wasn’t designed to influence the timing and use of a large influx of capital. So we think that’s the main explanation for these results. Had the goal been to design an intervention that aligned training, cash transfers, and structural support over time, then perhaps the results would have been more impressive. And there’s actually some evidence supporting this idea, too. In the mid-2010s, EDC’s USAID Kosovo Young Entrepreneurs Project provided youth with training and half of their business start-up costs. That combination helped launch hundreds of businesses, many of which lasted beyond the project closing date.

Q. USAID Huguka Dukore Akazi Kanoze is a comprehensive workforce development project that goes well beyond training activities. How does that influence your reaction to the study?

Haskell: Our belief is that comprehensive development is about more than just individuals—it’s about building a system within which individuals can flourish. That’s why USAID HDAK is really active in strengthening the local economies in which youth participate. So, for example, the program works with local partners to collect local labor market data, which helps strengthen the match between labor supply and market demand. HDAK also helps companies and local government agencies improve their own training and outreach programs and policies for youth. All of this creates a system and a culture within which youth can succeed. And perhaps most important, when young people see that their peers are successful, it inspires them to work harder too. It snowballs. None of this was measured in the study.

Q. Does this study change the debate about the impact of cash transfers versus training?

Haskell: To me the debate isn’t about cash versus training, but rather about individual outcomes versus a more comprehensive approach to development. A well-functioning workforce development system needs to provide youth with a chance to build on the assets they possess, be it training, work experience, or even cash. HDAK is focused on leveraging individual success as just one factor to drive systemic change. That’s why we have built a robust web of partnerships with the government, NGOs, and the private sector to provide enhanced training and livelihood opportunities for youth. We believe that approach will help youth gain valuable skills and experiences that they can use to increase their income over their lifetime. And at the systems level, we are working with project partners to continue to provide economic opportunities to new youth long after the project is over. This study wasn’t designed to evaluate these important differences in programming, but it is an important piece of data to help us figure out how to deliver more effective, more relevant workforce development programs to youth in Rwanda.