Growing an Early Interest in Science

Growing an Early Interest in Science

Cindy Hoisington describes working with schools, families to inspire the next generation of scientists.

Cindy Hoisington wants every child to grow up believing that they can be a scientist. But by as early as third grade, many children—especially young girls, children of color, and English learners—have decided that science is not for them.

“You ask people to picture a scientist, and they think of a white man in a lab coat, often holding a test tube,” says Hoisington. “But not all science is like that. And not all scientists look like that, either.”

Changing perceptions about what “doing science” means is at the heart of Hoisington’s work. In this podcast, she discusses why informal science learning opportunities are so pivotal for young children, and how she is helping educators and families create more space for science in the daily routine.

On what types of experiences young children need: 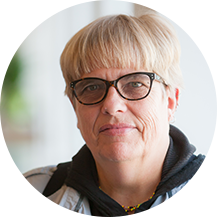 Hoisington: Children need to be actively engaged in direct experiences with phenomena that they come across in their own world. They need opportunities to wonder about things, to ask questions, to explore them directly, to collect information about what they are observing and to begin to think about, “what does this mean?”

On the impact that informal science experiences can have:

Hoisington: Sherry Turkle [author of Falling for Science: Objects in Mind] interviewed, for example, hundreds of scientists and asked them, what was that one transformative, earliest experience that you can remember that made you want to be a scientist? And the overwhelming majority of people did not talk about something they did in school—they talked about an informal learning experience that they had with a parent or a grandparent or a special caretaker that they had as a young child.

On her recent work to expand science learning to children’s homes:

Hoisington: [In LASErS], we had a large family component. So for every exploration the teachers were doing in class, we had some take-home resources, including some simple materials so that children could do related explorations at home. So when teachers were doing living things and focusing on plants in school, we sent home some seeds and little plastic plant pots along with guidance on what to do with those things, and other suggested activities that parents might do within the context of their daily routine to support children’s learning about living things.