The Suicide Rate Just Rose Again. What Does That Mean for Prevention?

The Suicide Rate Just Rose Again. What Does That Mean for Prevention?

Although the overall rate of suicide increased in 2018, there is reason for hope.

A newly released report from the Centers for Disease Control and Prevention shows that while overall life expectancy in the United States rose in 2018 for the first time in 3 years, the rate of suicide increased as well, continuing a 20-year trend. In this podcast, EDC’s Jerry Reed and Kristen Quinlan break down the new data and offer their perspectives on the current state of suicide prevention initiatives in the United States. Reed leads EDC’s work in suicide, violence, and injury prevention. Quinlan is the lead epidemiologist for the Suicide Prevention Resource Center.

On why suicide rates have been rising 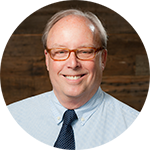 Reed: I think we may be getting better at determining a suicide death at the medical examiner’s or coroner’s office, so we may be calling a suicide a suicide, when in previous decades, we may not [have]. . . . And I think truly we do have some emotional distress in the country on behalf of many, many people who may not have employment or may live in rural areas where there is no economic opportunity that may be leading them to consider a tragic decision.

On the impact of suicide prevention efforts 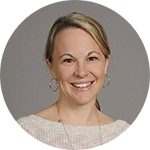 Quinlan: One of the things that we noticed [in the data] is that suicide rates remained the same between 2017 and 2018 for youth and young adults between the ages of 15 and 24. And I think this is important because . . . we are putting some really significant investment particularly in preventing youth suicide. And when we see that leveling out of a rate of suicide among the population where we are placing the biggest investment, I think that speaks to the efficacy of our efforts.

Reed: We need to treat suicide as the public health challenge that it is. It is the 10th leading cause of death, so our investment in research, our investment in practice, our investment in programs needs to be commensurate with [that fact]. Secondly, I think we need to acknowledge that when you talk about an issue, and when you invest in an issue, and when you measure and track an issue, then people get the message that there’s something we can do about the issue . . . the public health community needs to respect the fact that this is not an inevitable form of death, but it is indeed a very preventable form of death if we all come together.