The Intersectionality of LGBTQ+ and Race 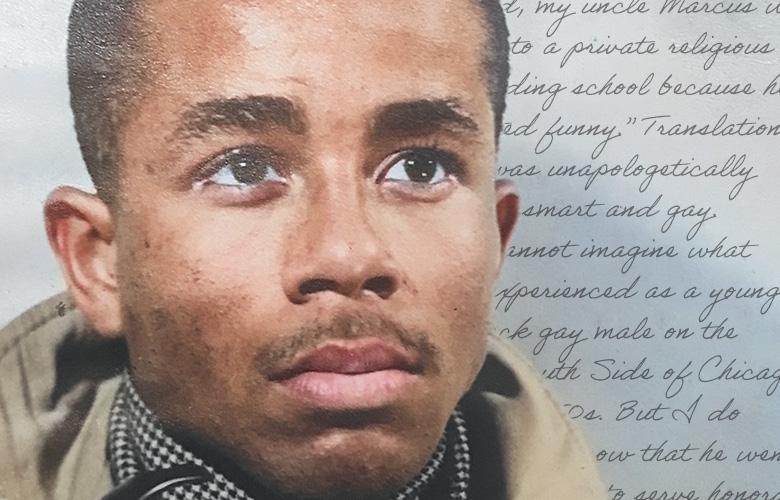 As a child, my uncle Marcus was sent to a private religious boarding school because he “acted funny.” Translation—he was unapologetically smart and gay. I cannot imagine what he experienced as a young Black gay male on the South Side of Chicago in the 1950s. But I do know that he went on to serve honorably in the Navy, then graduated from and became a faculty member at John Hopkins University in Baltimore, Maryland.

As a child, I idolized Uncle Marcus. As an adult, I marvel at his resilience and accomplishments from the military to college to the workplace as a Black, gay, male nurse and professor at a prestigious institution. As a social justice worker, I think of him as I see what Black, LGBTQ+ youth encounter. The intersectionality of gender identification, sexual orientation, and race, and the sometimes violent reaction toward Black LGBTQ+ youth, has resulted in a significant increase in the number of suicides experienced in this group, while the treatment of trans women of color has led to the establishment of organizations such as the Transgender Law Center.

June is Pride month, which has its origins in the 1969 Stonewall Riots in New York City. It is also the month in which we celebrate Juneteenth, the holiday commemorating the freedom of enslaved African Americans. One event marks resistance against continued oppression, while the other celebrates liberation. Unfortunately both groups, particularly individuals who belong to each, continue to be the subject of prejudice. Ironically, while my uncle was sent away, endured many hardships, but ultimately had a fulfilling life, the lives of his four brothers who remained in Chicago all ended tragically. My grandmother used to wonder how different their lives might have been if they had not had to endure the malignancy of racism. Each had skills and dreams that they were denied the chance to explore and fulfill.

As we expand our awareness, let’s remember what history teaches us: homosexuality has existed for as long has humans have. Transgender people hold special roles in Indigenous societies. And in the expanse of time, the concept of race is young and has only resulted in strife. Let’s continue to educate and challenge ourselves, to advocate for inclusion, and to embrace the brilliance that comes with diversity and diverse voices.

There are celebrations happening throughout the month. Do you have the chance to celebrate Pride or Juneteenth? Please share your experiences, insights, or celebrations.

Replying to:
Katari Coleman
June 22, 2022
I honor you for sharing the information about your uncle. I have a cousin that endured rejection from his family and community during the 1970s in middle Tennessee. He went on to own several businesses and a was professor at Vanderbilt University. I looked up to him as well. I plan to celebrate my cousin, your uncle and everyone that deals with adversity due to bias for any reason all month long and beyond. Again, thank you.