For Great Children’s Media, Think Beyond the Screen

For Great Children’s Media, Think Beyond the Screen

A new book explores what is behind making media for kids both effective and educational. EDC’s Shelley Pasnik explains.

The PBS KIDS’ shows Peg + Cat, The Ruff Ruffman Show, and The Cat in the Hat Knows a Lot About That! are prime examples of how children’s media can be both educational and entertaining. But what makes them so? 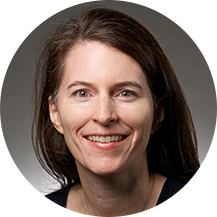 The new book Getting Ready to Learn: Creating Effective, Educational Children’s Media, edited by EDC’s Shelley Pasnik, dives into why these shows work. The volume pulls together key research studies done as part of the Ready To Learn Initiative, a U.S. Department of Education-funded program at the Corporation for Public Broadcasting (CPB) and PBS, for which EDC has served as lead evaluation partner since 2006. In this interview, Pasnik discusses some of the core lessons that she has taken away from over a decade of research into children’s media.

Q: Families consume media very differently now than they did 20 years ago. What role do you see children’s media playing in education as families ditch television for iPads and streaming services?

Pasnik: Content is more re-useable than ever before, interactivity has deepened, and screens are ubiquitous. And yet, relationships with people still matter most when it comes to young children’s learning. Digital stories and games are at their best when they deepen the interactions kids and adults have with one another. So as long as we keep that relationship at the center of the learning experience, it doesn’t really matter whether children are watching on televisions, tablets, or some other device that hasn’t been invented yet.

Q: You’ve been studying children’s educational media for 13 years. What are some of the key things you’ve learned?

Pasnik: First, not all media that is produced for children is educational, however well intended. If the goal of an app or a television show is to support real, demonstrable learning, then the producers of that app or television show have to identify clear curricular goals, have a knowledge of instructional design, and create reinforceable pathways that take kids beyond digital experiences.

Second, adult participation is critical. Educational media cannot be a stand-alone tool for learning. Learning happens when children explore new ideas, have ample opportunities to talk and share, and try out new concepts and skills with others who care and know how to respond. Those relationships have always been essential for learning, and they remain so, even in the digital age.

Third, research is frustrating—but it’s also worthwhile. We have uncovered some important new ideas that, hopefully, will inform the development of children’s media for years to come. I am proud of the long-standing relationship among EDC, SRI, CPB, and PBS that has enabled us to do this work.

Q: Why did you decide that now was a good time to write a book about the project?

Pasnik: When I was writing this book, I recalled something that Peggy O’Brien, former CPB vice president of education—and the one who originally hired EDC to evaluate Ready To Learn—once asked me as we were discussing publishing possibilities. She asked, “Does the world really need another book?” It was a reminder that books are never just about the writing but about the reading. If the Ready To Learn team was to produce a collection of essays, we had to do so because we thought we had something worthwhile to say.

We found we had plenty to share from a decade of research. The book covers a lot of territory, from the educational origin stories of Peg + Cat, The Cat in the Hat Knows a Lot About That!, and Molly of Denali, PBS KIDS’ latest property, to the family engagement work happening in communities across the U.S. to intricate case studies of game development and inclusive practices. It also includes research that demonstrates just how effective this federal program has been in serving kids and families from lower-income communities.

Q: How have your own experiences as a parent affected your perspective on the role of public media to support early learning?

Pasnik: Before becoming a parent, I used to bristle at the middle-class “parentsplaining” common among media researchers and producers. Many folks seemed to assert that familiarity with what happened in their own homes entitled them to claim expertise about what should happen in everyone else’s homes. But in doing that, it’s easy to disregard the expertise of influential people in children’s media who are not parents, as well as the experiences of families outside of affluent neighborhoods.

So while I am interested in how my own four-year-old interacts with media, I try not to use her as a proxy for what should happen more generally. And I still encourage everyone on our team to have a curiosity beyond their own experiences, because much of the research we design takes place in contexts that are different from their own.

Q: And finally, what’s next for the research?

Pasnik: So much! We’re undertaking two major studies. The first focuses on the third season of The Cat in the Hat Knows a Lot About That!, which includes videos, games, an app, and other resources, to bring greater support to children’s learning of science practices. And the second is an exploration of informational text as supported by Molly of Denali. By the time this grant wraps up in 2020, I’m sure we’ll have learned enough to fill the pages of another book.